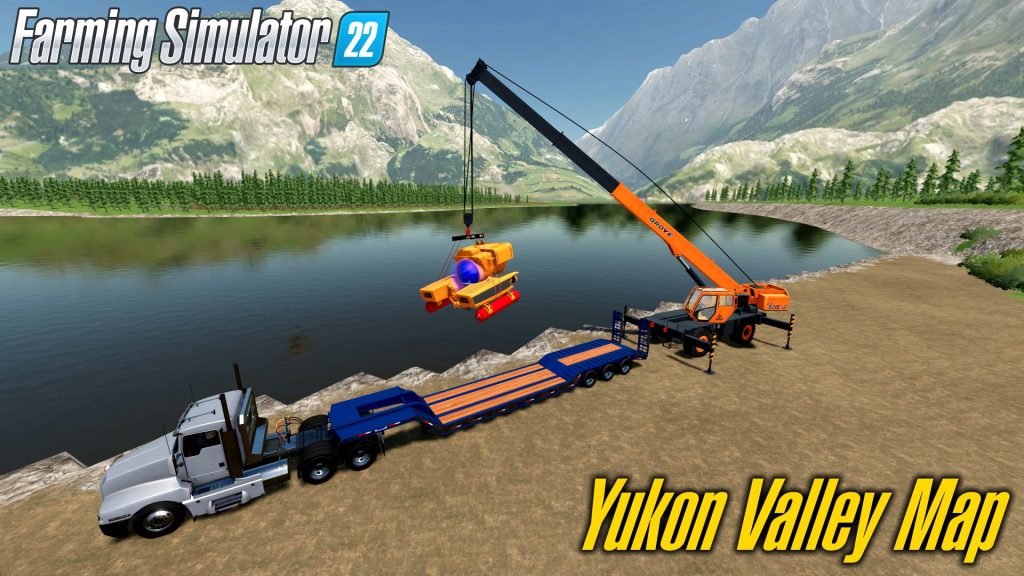 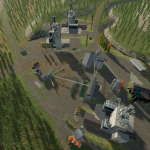 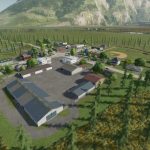 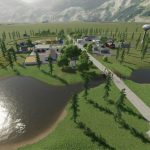 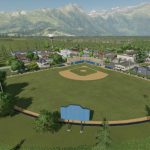 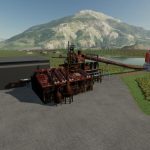 Hope you all enjoy and make sure to send me some feedback. Good or bad this allows the map to just keep getting better and better.
Really hope you all enjoy the Yukon. I sure have enjoyed putting it all together for you guys. I want to thank everyone that has been helping me with testing. The testers is what has allowed me to put together the map in just over a month from launch. Thank you and remember to Keep It Real!

looking to add some more models to factories and add signage to all in the next couple weeks. I will be going away for a few on vacation so wanted to get this out for the weekend. Nothing has been tested just put these together with the limited time I have.

NO NEW SAVE NEEDED !!

RGC Testing BETA Update 4/26/22
Fixed Dirt Processing Plant triggers being low
Should not need a new save.
Need testing to see if triggers are working. Thank You

RGC Testing BETA Update 4/23/22
Fixed water plane issue.
added two port silos for offload and onload of materials
Terrain changes to fit West Port Silo
Will need to start a new save for terrain changes at West Port Silo.
I have not tested the water triggers for the grain barges. Need this info if working asap.

RGC Testing BETA Update 3/30/22
Crude Oil Pipeline place in north of map.
Need a lot of testing of this pipe line. I have integrated it into its own placeable so if don’t want the pipe line you can sell it. Once you sell a refinery it will take halve of the pipe line. Sell the other to remove the rest. You will have to sell the derricks as well to remove everything from the north. The trigger to load the crude from the derricks are at the refinery closes to the derrick. There are three load points for each of the derricks.

Town was put together quickly going to be some objects floating possibly. Will fine toon just wanted to get this update out for some testing as I will be at work next few days. Need testing on Steel and oil derrick functionality.

New save needed. PDA will get a update later once get closer to 3.0 official release.

Realistic Gaming Crew: There a lot going on and I don’t have time to test a lot of the productions. Join the Discord and post in the rgc-testing-bugs channel if you have any issues. I wont be checking and replying to anything from this site. https://discord.gg/y7r4EPVHa8

any known mods that mess with this, frezzes up within 5 min of login

Great map as always, best yet cant wait for updates i know you will knock it out of the park. i am having problem with gold processor building, cant fill diesel. Any suggestions?
And thanks for making helicopters work here, makes map easier to view for farm layout. keep up the great work.

I HAVE 239 MODS IN MY SAVE GAME AND HAVE NO ISSUES. SOME OF THE MODS ARE HUGE AND HAVE ISSUES, BUT CAUSE NO CRASH YET.

i cant get anything to work right…wash room wont take concentrate and cant remove tailings? is there something everyone is doing different

I have the same problem

Love this map, having great fun and making lots of money mining gold. I was just wondering how do I access Oak Island, also what are all the boat ramps for???.

Guys, I have tried this map with mods and without and every 60 seconds I get an fps drop from 60 to 30 for some seconds. Is anyone familiar with this issue?

is this map PC only or is it on console?

only PC, cause its a 16 x map. anything bigger than 4x doesent work on console.

Love the map. But seems theres a lot of issues with gold production. Also cant strap down the pallets of gold. Would also be nice to decrease the depth of the river, so then folks could use the barge mod.

Downloaded this then immedialy removed it. Who would want to play a map where you cant place any trees? What am i supposed to make a farm and not decorate it? Have complete bareness near my sheds? Im all set. This is a cool map but who tf wants to play like that?

wash plant fill trigger is higher up, need big equipment to reach it, same for diesel. raise ground around it for regular equipment

Constant lockups. Map will completely freeze up and then start working again.

dump areas for concentrate, fuel, and gold bars need major update. cant get any of the areas to take what they need. gold rooms wont take fuel or concentrate

I have the same problem

Why will this map not work after I put it in my mods file?

Please add this for console

Add this for console

no its not avalible

I have a problem, when i work dirt the dust particles turn to a bright white light like looking at the sun bright,it covers the entire tool, it makes field work nearly imposible to see. It is when i use a tool to plow cultivate pick rocks or plant or harvest. It is only on the dust that the tool kicks up from the ground.It doesnt happen when i mow grass

Does anyone know what mod does not allow me to add a pallet to production and sell anything?

is there something i’m doing wrong with the little sluice because every time i load it all it does is dumps it on the ground. before the new version there were no issues with it. cheers