Giants have announced some great news for all Farming Simulator 22 console users. If you will play FS22 on PlayStation 4 or PlayStation 5, Xbox One or Xbox Series S/X – game slots will be increased. This leads that all players will be able to store much more vehicles and other items on the game.

Wait, what are slots?

Every vehicle or tool, for example, uses a set amount of so-called slots. The limit of slots is defined by the console. Why just consoles, you ask? Well, as you know, every PC is different. The amount of items a PC can handle, is individual – but technically there is no limit if your PC is strong enough. On PC, slots are primarily handled via RAM.

It’s different for consoles, as you can’t upgrade them. Each respective console has a slot limit that defines, how many vehicles, tools, and other in-game items can be processed at a time. 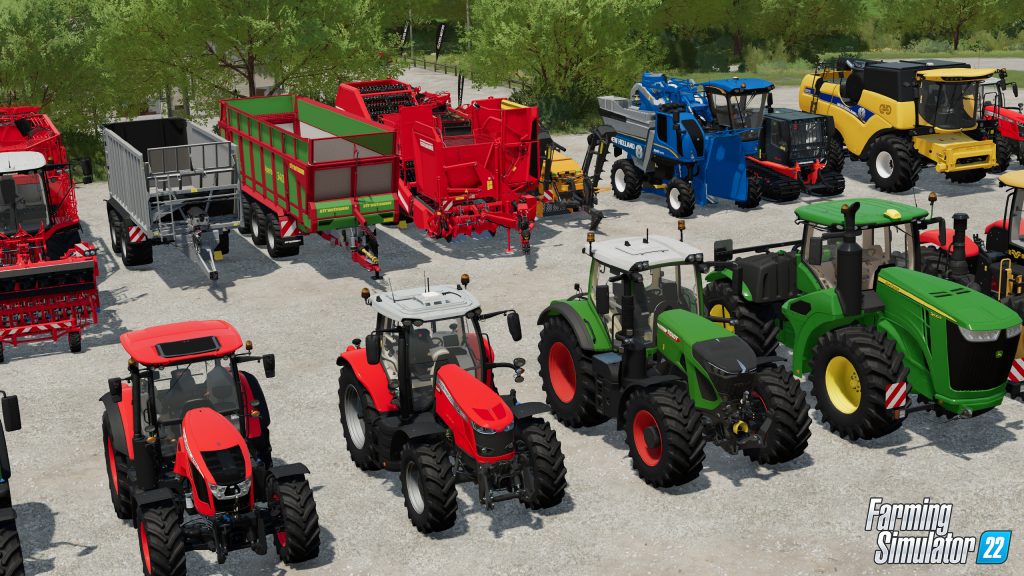 Giants have told that with their newest edition of Simulator 22 game creators tried to make everything more efficient when it comes to slots. Even on the older consoles from last generation.

Secondly, we didn’t just raise the amount of available slots. We reduced the slot usage of various items, too – that raises the amount of items your consoles can handle, even more. Like before, if you buy the same machine or tool more than once, every additional one will only require one slot. 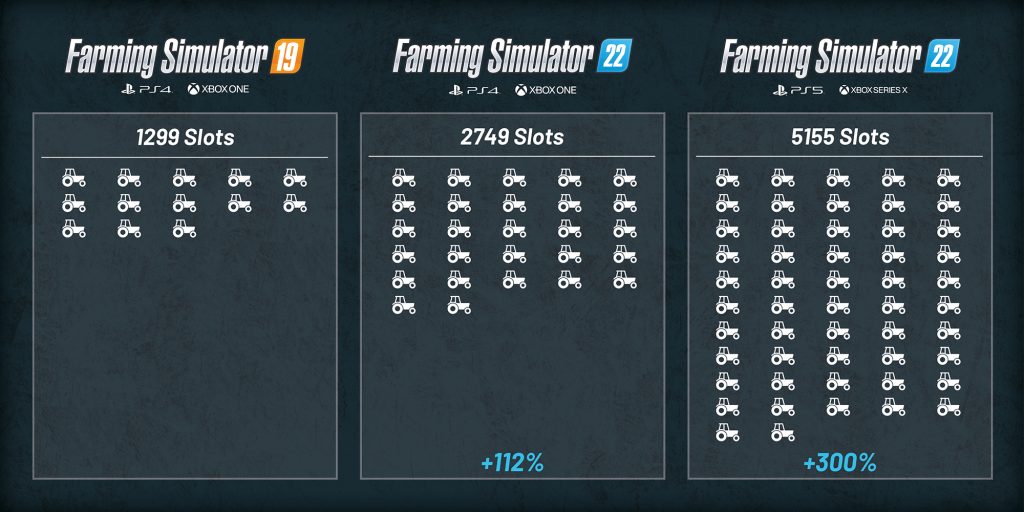 For current gen consoles, meaning PlayStation 5 and the Xbox Series consoles, it was boosted up to 300% – meaning 5155 slots that are available on those platforms. But that’s not all!

Slot usage up to 70% more efficient! 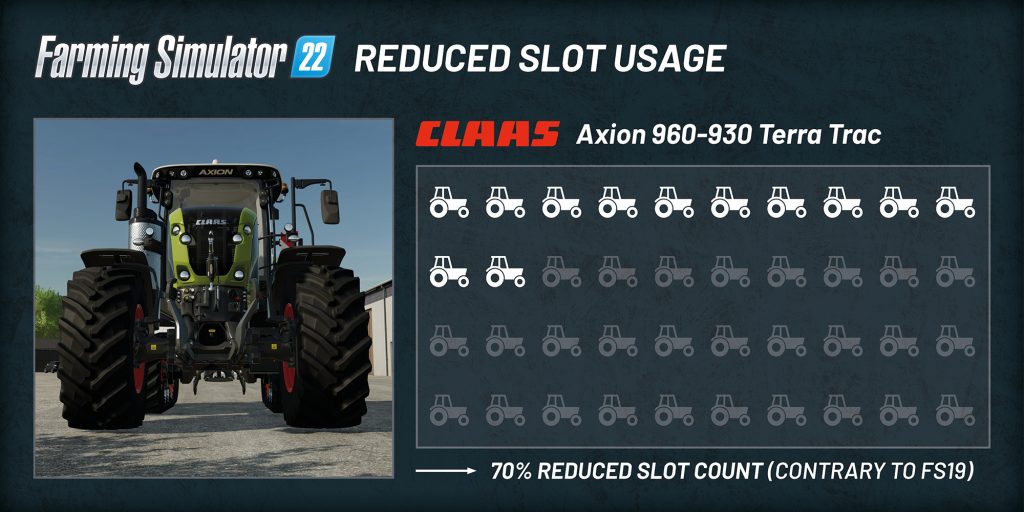 Game slots where reduced for various vehicles and tools. The Fendt Vario, for example, uses around 40% less slots in Farming Simulator 22. Not all of them might benefit from a significant reduction of slot requirements, though – it depends on the machine.