In Farming Simulator 22, surfaces will appear more realistic and natural. Giants game engine 9 presents Parallax Occlusion Mapping. Terrains and all other surfaces in the game will look much more detailed due to Parallax Occlusion.

What is Parallax Occlusion Mapping? 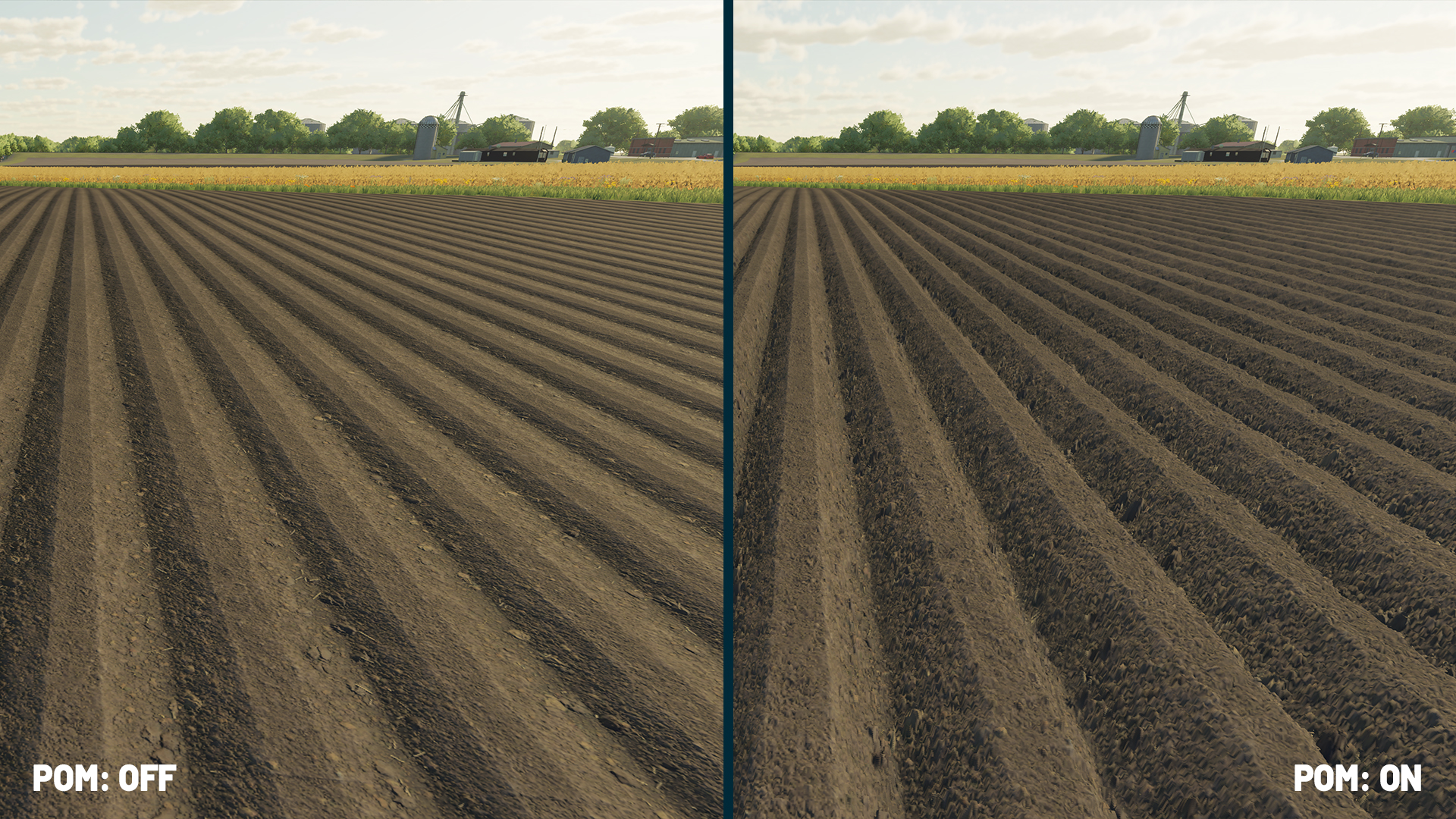 What Giants say about this feature: “Parallax Occlusion Mapping is a technique that basically boosts the details of a textured surface to give it depth. Like the tire tracks on your field, trenching in the ground. They’re deeper now”.

Firstly, Parallax Occlusion Mapping makes 3D model geometric less complex. Few examples are gravel on a road or bricks in a wall. The reduced surface details are transformed into a flat texture. When the model is rendered in the game, the surface details are put in a so-called “height map”. That’s what it looks like: 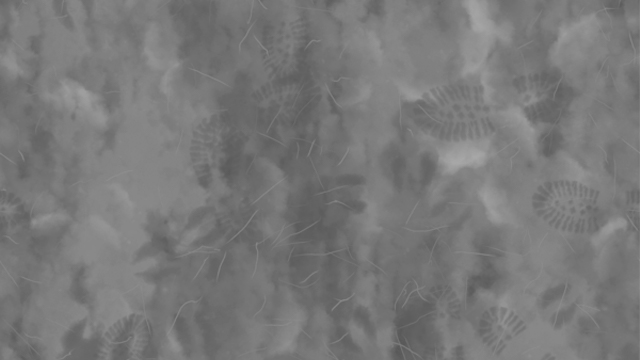 So the flat surface gets depth due to height-map. Giants describes this feature as “a geographical map with hills and valleys where different colors mean different depths”. While looking at the picture above you can see that the darker the surface, the deeper it looks. Afterwards the surface based on the info reconstructs the game making it more realistic.

Yeah, but why Parallax Occlusion, though?

For Farming Simulator 22 to look as realistic as it can be this feature helps to achieve that. The surface in the game looks great and we can’t disagree on that while looking at the pictures below.

Also Parallax Occlusion Mapping makes the game user friendly as much as it can. And this means that Giants can improve the game to look more realistic, add more stuff into it and the game will still won’t require to buy the newest PC or console to run the game. If your current gaming system is well equiped don’t be affraid to use all of the settings and features that are built into the game. If your system is quite old, the game will still run and be fun to play even without this feature.

So, how will the game look?

Roads, fields, walls and buildings: You’ll notice the improved surfaces everywhere when walking around in Elmcreek, Erlengrat and the third still secret map.

Please take in mind that the effect may not be properly reflected in still images compared to live gameplay when Farming Simulator 22 with finalized Parallax Occlusion Mapping is released and running on your system.

To wrap this up for now, take a closer look at the ground. Doesn’t it seem like you’d feel more alive walking on this rocky path barefoot? Yeah, nice right? 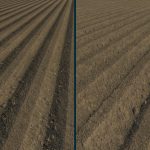 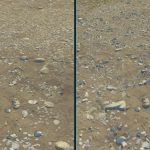 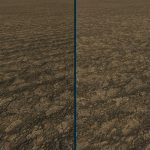